We first played together in the late 1980's in an Indie-Punk band called LaBastion.

We played around the circuit of pubs in Sussex performing both covers and original songs producing an album called The Steps.

Having played together for a couple years the band sadly went their seperate ways to work on individual projects.

We remained friends but the sort that rarely speak or meet up but when we did, it was like we had never been apart.

Music has been our lives since the day we first met, we just went in different directions in our lives.

The roads we travelled went in opposite directions, but we always knew that one day our paths would cross and the magic would begin again! 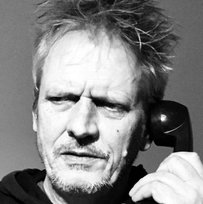 Meet Chris, not only our guitarist but also our extremely talented songwriter.

He draws his inspiration from many musical genres including Lou Reed and countless punk bands.

Having played in various bands from a young age Chris has played many gigs in England and Corfu honing his skills as not only a recording artist but also a live performer. 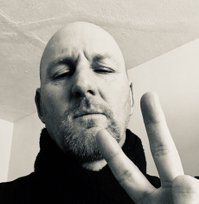 Mick has been singing from a very young age, joining his first band at age 15.

Having ventured into a solo career, Tyler as he prefers to be known has entertained crowds in bars and clubs across the South East of England and across into Europe.

He draws his influences from Queen, Bowie, Prince, Zac Brown Band and many more!

A talented vocalist and entertainer with years of experience as a live performer and recording artist. See Mick's other music interests below.